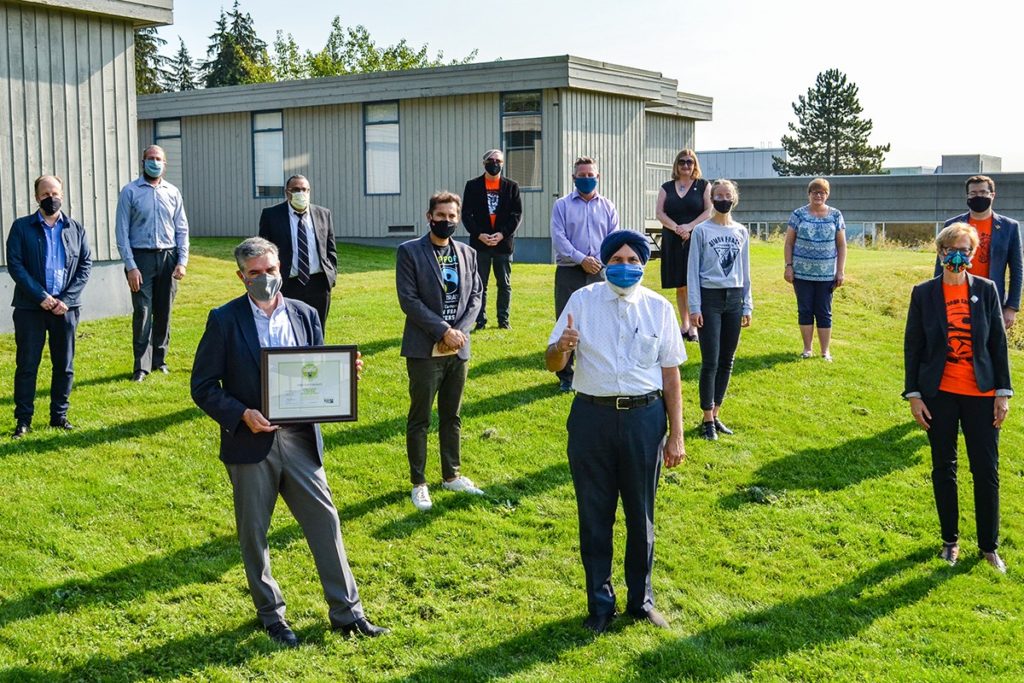 On World Coffee Day, Simon Fraser University was proud to announce it has been designated by Fairtrade Canada and the Canadian Fairtrade Network (CFTN) as the first educational institution in the country to attain Fair Trade Gold Campus status – the highest level of designation.

Fairtrade aims to make a positive difference in the lives of farmers, workers, and communities around the globe by paying fairer prices and ensuring decent working conditions. Since being named a Fair Trade Campus back in 2012, SFU has shown leadership on its campuses, in its neighboring communities and across Canada.

“SFU continues to set the high bar when it comes to committing to sustainability and trade justice,” says Julie Francoeur, executive director of Fairtrade Canada.

SFU has not only changed its procurement policies by committing to serving Fairtrade products like coffee, tea, chocolate, avocados and bananas, but has also encouraged major foodservice companies to serve Fairtrade products. As an example of SFU’s advocacy work, Starbucks introduced Fairtrade espresso at SFU in 2013 – a first for any higher educational institution – and it is now served on campuses across the country.

“What started out as a grassroots student initiative on its campus 10 years ago, SFU has become an exceptional leader doing much to raise Fairtrade awareness across Canada and inspiring others to do likewise,” says Sean McHugh, executive director of the CFTN.

In 2018, SFU launched an award-winning, student-run Fair Trade Ambassador program where students educate others through their on-campus outreach. The Ambassadors also introduced Fairtrade roses at Convocation and worked to assist the University Highlands Elementary School, The Point Church, and the SFU Childcare Society to become Fair Trade designated as well.

In 2019, Fair Trade student ambassador, Elysha Fong, brought national attention to SFU when her essay entitled “The Value of Campus Work: Enjoying Personal Growth Opportunities Beyond the Classroom” won the grand prize in a national publication.

“We are honored to be the first campus to receive this Fair Trade Gold Campus recognition,” says Mark McLaughlin, Chief Commercial Services Officer, SFU Ancillary Services. “This achievement is the result of our faculty, staff, and students taking action and speaking out in support of farmers and workers around the globe, not only at SFU but in our communities as well.”

SFU’s Fair Trade journey, which began with a few vocal students 10 years ago, has culminated with today’s Fair Trade Gold Campus designation. The efforts, as a community, have made a real impact in improving lives for farmers and their families for generations to come.